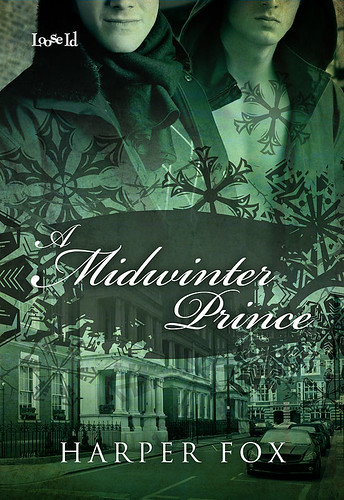 This has been such a harried year that I can't recall if I formally introduced my writing pal Harper Fox over here on LJ or not. I officially met Harper about a year and a half ago. I admired the beauty and lyricism of her writing, but more than anything I was struck by the emotional intensity of her work, the passion of it. Passion is a word that gets thrown around a lot -- too much probably -- but something in Harper's stories resonates with me so powerfully, and I can't think of a better word for it than that.

Anyway, today was the launch of her third book, A Midwinter Prince. AMP released from Loose Id and you can purchase it here. The book tells the story of wealthy young Londoner Laurie who falls in love with a mysterious gypsy boy by the name of Sasha.

So three books into her less than a year old writing career, I thought it might be interesting to check in with Harper and see where she's at -- and get a little of the background on A Midwinter Prince.

Hello, everyone! Josh has kindly invited me to talk to you a little bit about A Midwinter Prince – the nuts and bolts, the backstory, the frantic paddling that goes on beneath the swanlike exterior that has just sailed forth on the lake of Loose Id, and if you'll forgive me that image you'll forgive anything, so do read on.

I always wanted to write an M/M story set in London. I lived down there for seven years – it's kind of a national service for Brits to go there, work in Foyle's bookshop where they look at your degree subject and set you to work in a department diametrically opposed to it – and after maybe half a decade or so you think, “My God, if I go back up north I won't have to start each day strap-hanging on the Tube with my nose stuck in somebody's armpit.” Seriously, it was a wonderful experience, and, as is my deepest habit, I spent most of the time peopling its streets with my potential protagonists. I know, like those pavements aren't crowded enough! 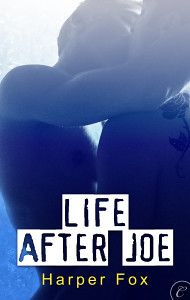 But the thing about London is that you can go from heaven to hell without ever leaving Zone One of the Tube map. You can do it on foot without walking more than a mile. I worked for a while at the Natural History Museum (I was selling plastic dinosaurs – don't ask. Though David Attenborough once happened along and complimented me on my stegosaurus), and that meant a daily commute between the splendours of South Kensington and the demi-monde that laps like a restless sea around Charing Cross railway station. Naïve, middle-class little graduate that I was, I felt as detached from that South Ken world – Laurie's world, the world of Mayfair, chauffeur-driven Daimlers and trails of jewel-like perfume in the air – as I did from the homeless kids and gentlemen and ladies of the road who congregated in cardboard boxes underneath the bridge. And my writer's brain, which partly operates to reconcile and give me some sense of being joined with experiences I've never had, was almost overloaded.

So A Midwinter Prince started there, I think. I wanted to give Mayfair a face and a voice, and do the same for Cardboard City, and so Laurie and Sasha began to take form. More, I wanted to examine just how the hell people get to where they are, because I was struggling for a living then and it seemed to me incredibly easy to make a slip or two, miss a rent payment, and hit that slope which leads to alienation from a faceless, fast-moving society which will mow you down the second you lose your place in its crazy stream. And I was equally fascinated by the pure coincidence of “birth”, of aristocracy, the roll of Fate's die that lands you as the scion of a wealthy family. And looking at some of the high, lonely attic floors of those Mayfair houses, I began to wonder about a rich, good-natured but heedless young man who falls over – almost literally – a representative of that other world, the night-side of his own city, and who ends up throwing off all his family's conventions and expectations because he has fallen in love.

The music for A Midwinter Prince is the Pet Shop Boys' The Theatre. If I ever had the know-how to make a vid, that would be the background music, definitely. A lot of Sasha's form and poignancy came to me from that song. It brought me nose-to-nose with my own reactions to the homeless people who line the bridge that leads to the National Film Theatre and the Royal Festival Hall, people who knock the frivolous air out of your lungs when you're waltzing back up the Strand after a night of pure enjoyment. When I first moved to London, I was shocked and I stopped often. I wasn't getting paid much but by comparison with these outcasts I was wealthy. My more experienced London friends assured me that I didn't need to worry – that half the people out there were homeless by choice or had made outcasts of themselves with drink or drugs. Anyway, if I gave to one, where would I stop giving? The song says “In the end you pretend / Because it's so much easier”, and that's the far extreme you can swing to; persuade yourself you don't even see your freezing starving fellow human beings. You get good at stepping over them. 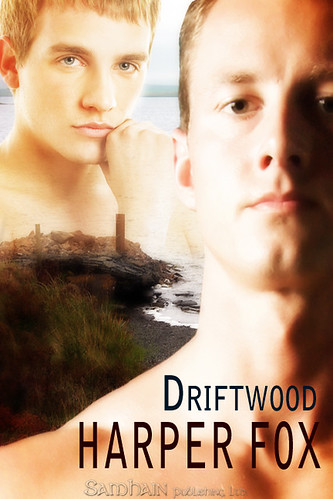 I never found a compromise. And A Midwinter Prince doesn't hold answers – just asks the question, and gives a spectrum of reactions through its characters. Hmmm, a festive read indeed, you'll be thinking, and I have made it sound a bit dark! I hope that those of you who've had a chance to look at it will agree that it's not – that, in its essence, it's a romance, just the story of a couple of kids from widely separated worlds who scramble frantically across society's barricades to get to one another. I hope that those of you who haven't read it will enjoy it if you do. Laurie and Sasha are two of my very favourite creations. It wasn't easy – it felt like a delicate operation – to write about such young men, to catch at their passion and their naivety, but it was tremendous fun, a labour of love.

Josh has asked me what it feels like to be three published stories into my writing career. Amazing and scary, Mr Lanyon, is how it feels. Amazing because I never thought I'd get one published story into it, and scary because Life After Joe and Driftwood met with such nice, appreciative audiences, and now predictably I'm terrified of letting all those readers down. If I'm honest with myself I don't think I will; I put my whole heart into A Midwinter Prince and I think most readers have an unerring sense for that. I'm glad Josh taught me “how to sell what comes from your heart” (my favourite JL quote ever) without ever detaching me from my wellsprings, if you know what I mean. He has a unique gift for directing the river without messing about with the source. I'm endlessly indebted to him, and I'd like to say a big thank you to him for letting me guest on his blog!